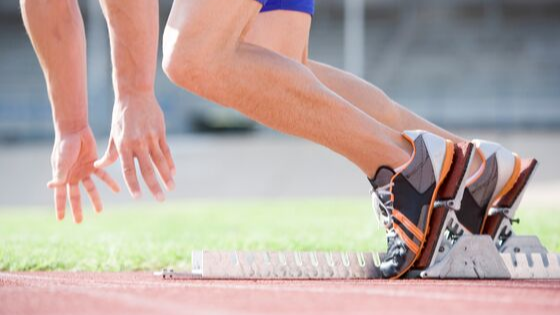 Having a dream, an ambition, a bucket list or an aspiration to achieve something, all have one thing in common, they remain just that without action, without the conscious effort of ‘Getting Started’, getting out of the starting blocks to realising that dream, achieving that ambition, ticking off the first item on your bucket list, you may be thinking I’m stating the obvious, to be fair I am, and I think many of us just can’t get out of the starting blocks.

You and I, along with many, if not all people, have fallen victim to the procrastination trap at some point, I personally procrastinated starting this blog, “I’ll start it tomorrow” I reassured myself, and for over two years it still wasn’t tomorrow!  When it comes to starting things, getting ’round to it’ or ‘someday’ is mantra we use to reassure ourselves that it’s OK to put it off until tomorrow, next week or next month etc.  So how do we get started, what is procrastination anyhow and how do we overcome it?

I think to answer that question we need to have a look at what procrastination is.  To some people it is viewed as laziness, however procrastination and laziness are two very different things, laziness is an unwillingness to act, lack of enthusiasm, apathy, procrastination on the other hand is, ironically, an active process, it’s an act of choosing to do something else instead of what you know you should be doing, choosing to do something that is easier or more enjoyable instead of the more important, yet less enjoyable task.  Unfortunately giving in to this impulse can have a negative effect on us, it can lead to reduced productivity, not achieving our goals and can even make us feel ashamed and guilty, a long period of procrastination can cause us to become disillusioned, demotivated, in some cases could cause us to feel or become depressed.

The best way I’ve found to tackle procrastination is to stop avoiding a task because I find it unpleasant or boring, if I tackle these tasks first, and take steps to get them out the way quickly then I can focus on the more enjoyable tasks.  One thing that can help is to be more organised, being poorly organised can invariably lead to procrastination, creating prioritised to-do lists and effectively schedule your day can help you to organise tasks by priority.

You might be thinking ‘well, I am organised’, if you are organised a task can still sometimes feel overwhelming, you have doubts about your ability, have a fear of failing, so you overcome this by doing the task or work you know you are able to complete, you might even be fearful of success, some people do, they feel that success will bring on yet more tasks that they will be overwhelmed with.

What Strategies To Adopt

All procrastination is is a habit, a pattern of behavior that’s ingrained in you, one you are possibly unable to break overnight.  Habits themselves will only stop being habits when you stop practicing them, I found that the following strategies helped me to kick the procrastination ‘habit’, if you can try as many of them as possible, you’ll have a higher chance of success.

If you procrastinate because you are finding tasks overwhelming, break them up into smaller, manageable tasks,  tackle them in bursts of 15 minutes of activity, that way you can focus on starting them rather than finishing them.

Finally, you could create an action plan, organise your project or tasks, beginning with the small tasks, as you cross off these small tasks you’ll feel a sense of achievement, and that you’ve taken positive action and feel less daunted by the bigger goal.

So what are you waiting for? The beginning of your journey is now, the starting gun has fired.